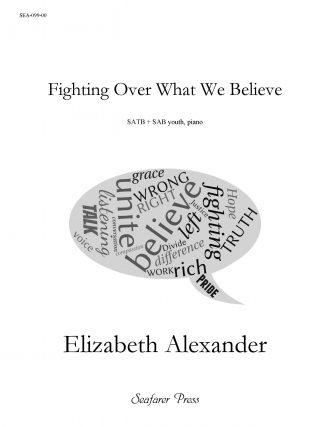 Fighting Over What We Believe

A bold meditation on conflict, communication and compassion

A bold meditation on political conflict, communication and compassion, with a compelling dialogue of voices, and a call-to-action refrain. The interplay between different sections of the choir reflects the dynamic relationship necessary for all difficult and important conversations.

Dialogue is a key element of this song. In the original version for youth and adult choirs, it works well for the two choirs learn their parts separately, combining them at 1 or 2 final rehearsals. In all the other versions, there are prominent soloists/small groups in all parts.

“I listened to both of your pieces and am in awe of how you think about things. Both Reasons for the Perpetuation of Slavery and Fighting Over What We Believe are very provocative, and I really enjoyed the musical settings.” Dr. Ysaye Barnwell, Composer, Speaker, Core Member of Sweet Honey in the Rock

“This piece brought tears to my ears. Thank you for your beautiful work.” Linda Jo Reinhard, Singer (Portland OR)

This commission came with an exciting and irresistible mission: To compose a piece with social justice at its core, which youth and adult choirs could perform together. The church that commissioned the song knew my work already, so I’m sure they suspected that this mission would have me chomping at the bit. And because I already knew of the church’s commitment to unflinching dialogue and bold actions, I knew that this song’s hard edges and difficult questions would be welcome.

While this piece was still in its conceptual stage, Minnesota’s legislature was becoming increasingly polarized and paralyzed. Eventually this resulted in a full state government shutdown, foreshadowing the federal shutdown that would occur the following year. As I saw the suffering caused by this lack of bipartisan cooperation, I realized I need look no further for my social justice theme.

Fighting Over What We Believe became a meditation on conflict, communication and compassion, with a dialogue of many voices and a “call to action” refrain. The interplay between soloists and different sections of the choir reflects the dynamic relationship necessary for all difficult and important conversations.

Fighting Over What We Believe

Talking left, talking right, talking far into the night,
Splitting hairs, splitting up, splitting off,
Less and more, rich and poor, what to address, what to ignore,
What are we really fighting for?
Persuade, coerce,
Convene, disperse,
Accept or curse?
Deny, confess,
Condemn or bless?
Who lives? Who dies?
My truth, your lies.

Bring in, shut out, what’s that all about?
Who gives out retribution and grace?
What to keep, what to spend,
What to give and what to lend?
Some have not, some have a lot.
Can we learn to share the things we’ve got?

I want to wrestle with the angel ‘til the light of dawn,
And struggle with my need for pride.
I want to take on my tendency to turn my head,
And grapple with why it feels so hard to gently lay our differences aside.

We all believe in justice. Let’s talk about what that looks like.
And we believe in compassion. Let’s look at what that really means.
We believe in the holy work of listening, to every voice.
Let’s start our conversation there…

We all believe in justice.
Let’s talk about what that looks like. 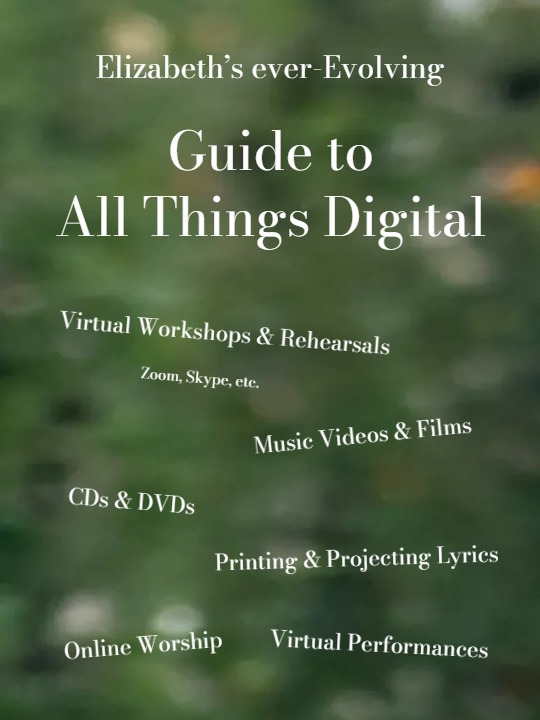